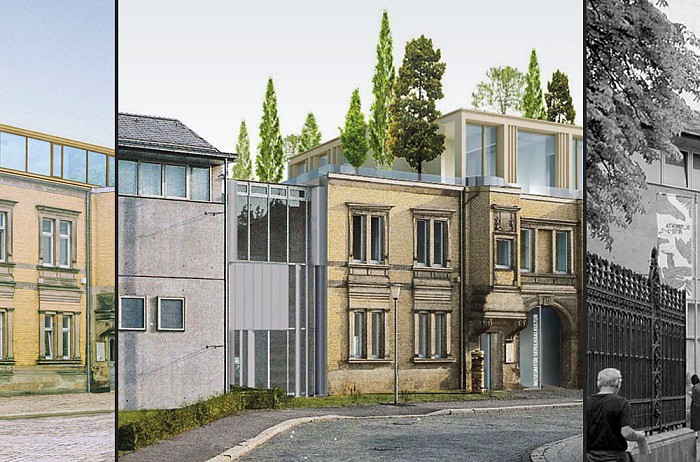 Visions for the Future

VISIONS FOR THE FUTURE

The opening and award ceremony will take place on Thursday, October 20 at 3:00 p.m. at the Museum for Sepulchral Culture. In addition to representatives of the jury, the architectural office Schulze Schulze Berger from Kassel, the first prize winner, and Osterwold°Schmidt from Weimar, the second prize winner, will be present.

The first prize in the competition for the new conception, renovation and expansion of the Museum for Sepulchral Culture (MSK) in Kassel goes to the office Schulze Schulze Berger. This and two other prize winners were selected by the jury chaired by Prof. Zvonko Turkali. The funds for the preliminary planning are provided by the state of Hesse (759,000 euros) and the city of Kassel (50,000 euros).

"The Museum for Sepulchral Culture does very special work on a sensitive topic that we often block out of our lives, illuminating death and how we deal with it from different perspectives," explains Angela Dorn, Hesse's Minister for Science and the Arts. "With the planned expansion, the museum will have the opportunity to design even more attractive offerings for visitors. And the planning perspective strengthens - and this particularly pleases me as Minister for Arts and Science – the research work of the Institute. Since the protection of historical monuments also falls under my department, I would also like to emphasize the careful as well as conscious handling of the listed inventory and the creative emphasis on historical references of the winning design."

"The Museum for Sepulchral Culture deals with the themes of death and dying and their social discourses, cultural and historical dimensions, and personal issues in a way that is both approachable and innovative," adds Dr. Susanne Völker, head of the Cultural Department of the City of Kassel. "The renovation opens up contemporary possibilities for the further development of exhibitions, research and outreach in a museum that is as exceptional as it is relevant in its thematic focus."

"For our unique institution, the result of the competition is a major step towards leading our house into the future and further strengthening the regional and national significance of the Museum and Central Institute for Sepulchral Culture. This will enable us to continue working on a contemporary awareness of finitude in a socially relevant way," says Dr. Dirk Pörschmann, Director of the MSK.

Commenting on the competition process, the chairman of the jury, Prof. Zvonko Turkali, adds: "The entries submitted are all of a very high quality. The work awarded first prize provides an excellent basis for the careful renovation of the existing building and its clear functional upgrading. The planned structural measures create spatial situations that make the museum an attractive and at the same time distinctive place."

Opened in 1992, the MSK consists of the listed remise of the former villa of the industrialist Henschel family from 1903/1904 and an associated new building by architect Wilhelm Kücker (Munich). Three decades after its opening, the building and museum are in need of fundamental renovation, comprehensive technical upgrading and reorganization. The competition task focused on the structural and spatial tasks in both parts of the building. The focus of the restructuring is on the listed remise with a new event area, conference and seminar rooms, library, reception with museum store and administrative rooms. In the new building, the indoor climate situation is to be improved and a functional upgrading of the building in aesthetic harmony with the old building is to be made possible.

The first prize was awarded to the Schulze Schulze Berger office from Kassel for their proposal to build a multifunctional room over the terrace in the style of the historical situation, which can be used for all types of events or can also be added to the café. It offers visitors a view of Kassel's southern city and the Fulda floodplain. The historic gateway will be reactivated as an entrance and will lead into the inner courtyard, which in the future will be free of fixtures and roofing and will allow visitors to experience the historic structure of the Remisen building again. Here, groups of visitors can gather and prepare for their visit to the museum or guests can stop to visit the café or the museum store. In the jury's view, this work does a particularly good job of ensuring that the event area can be used independently of museum operations.

The 2nd prize went to Osterwold+Schmidt architects from Weimar for the idea of completely building over the inner courtyard with a multi-storey wooden structure that accommodates the required space program. By compressing the structural addition above the current inner courtyard, the addition of a new roof can be reduced to a minimum and a generous roof terrace with an impressive distant view can be offered. The roof addition is thereby limited to the multifunctional area exposed in the center. The gateway becomes the main entrance, leading visitors to a spacious foyer on the site of the current courtyard.

The 3rd prize was won by the office of Peter Zirkel Architekten from Dresden, who strengthened the connection between the old and new buildings with a large-scale opening of the historic east facade of the remise – which became an interior wall due to the new museum building by Wilhelm Kücker. For this purpose, the current access system in the so-called joint between the building parts will be completely changed. The newly created inner axis is intended to bring light and air into the overall ensemble and enable new spatial experiences, while accepting considerable interventions in the historic building fabric.

The competition was announced as a restricted realization competition in an anonymous procedure with a preliminary application procedure. A total of twelve offices from Germany and abroad took part. The jury was supported by a large number of experts from the fields of monument preservation, culture and museums, the specialist departments of the city of Kassel, the federal, state and city funding agencies and the Arbeitsgemeinschaft Friedhof und Denkmal e.V. (Working Group Cemetery and Monument). The competition was organized by the ANP office from Kassel. 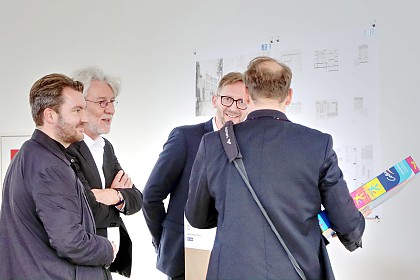 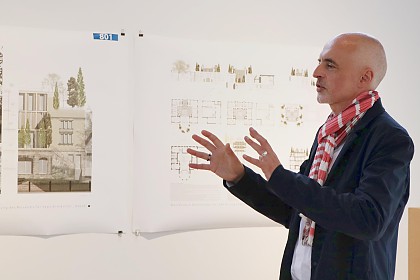 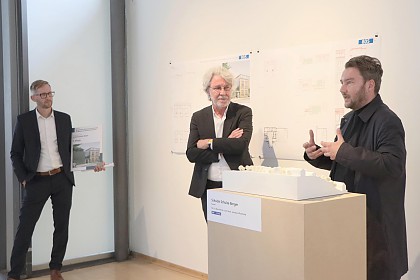 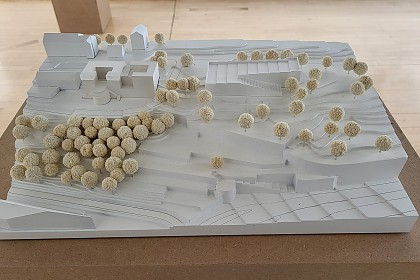 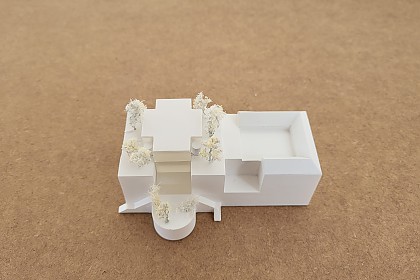 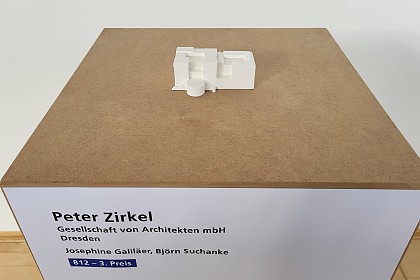 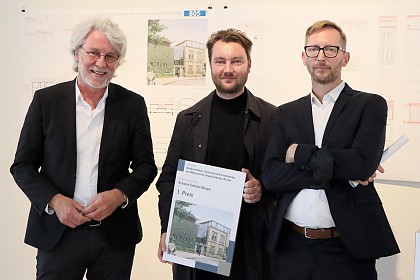 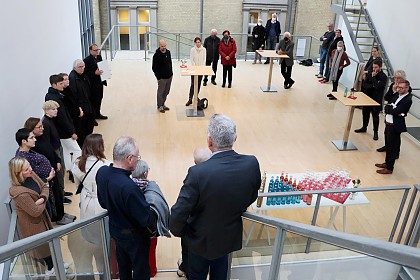 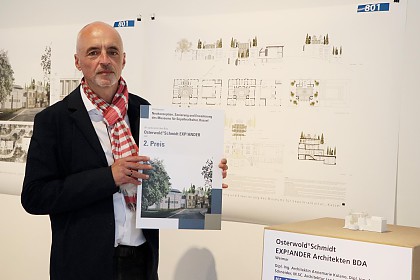